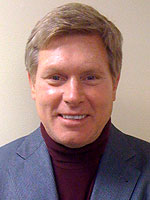 Robert M. Kligerman – Chairman   “Since purchasing our first challenged, urban, multi-family building in 1981, we have made it our mission to take ‘sows ears and turn them into silk purses’ by incorporating creative and out-of-the-box ideas and solutions. It is very gratifying to stabilize each property which upgrades a neighborhood and beyond. We are proud to have been an integral part of the New Harlem Renaissance and to now be applying those skills and disciplines in Bridgeport, CT and other up-and-coming areas with my son and partner, Bard Kligerman, who has continued our passion to be on the front lines of both Urban and Suburban Renewal. The tangible results of our program has been a ‘win, win, win’: we create clean, attractive, well-kept housing for the tenants that translates into reduced crime and improved quality of life for the neighborhoods, towns and cities as well as a low risk/high reward portfolio for CRT, our investors and our bankers. We continue to be very focused on and enthusiastic about what we do as a team.”

Robert is the Chairman and co-founder of Connecticut Realty Trust (CRT). Robert and Bard Kligerman formed CRT in 2009 to specifically take advantage of the many foreclosed and challenged multi-family properties available in CT at that time. CRT is now one of Bridgeport, CT’s largest multi-family landlords. CRT’s principals also own and manage multi-family and retail assets in New York City, Westchester and CT. Robert began his career in Boston as an apartment leasing agent in 1974. From 1977 to 1993, Robert was a well-known commercial leasing and sales broker in midtown and downtown Manhattan specializing in what were then peripheral and tertiary office markets during which time he closed noteworthy and bell weather transactions including brokering the sale of the first large commercial condominium in New York City sold to The College Entrance Examination Board in 1984. This won him The Robert E. Lawrence Creative Deal of the Year Award from The Real Estate Board of New York. Over the course of his real estate career he held executive-level positions at Cross & Brown Company, The Galbreath Company and Cushman & Wakefield.

In 2000, Robert sold his interest in Prime Realty and founded The Kligerman Group. Since then, he has purchased, sold and held over 100 properties. At present, he owns and asset manages approximately 30 real estate assets. His core holdings have historically been New York City multi-family assets in Northern Manhattan, Brooklyn and the Bronx. He diversified into retail assets in Westchester County, New York and Fairfield County, CT as well as multi-family properties in other strategic areas of CT exclusively with Connecticut Realty Trust LLC (CRT) and his partner, Bard H. Kligerman.

Bard H. Kligerman, Chief Executive Officer   Bard Kligerman is the CEO and general partner of Connecticut Realty Trust, LLC. Since it’s inception in 2009, he has been responsible for the overall management of the business operations as well as pursuing new investment and financing opportunities. He has overseen the acquisition, management and disposition of over 50 parcels of real estate totaling over $250M.

Bard majored in Finance and Entrepreneurship on his way to earning his bachelors degree from Miami University of Ohio. Bard has worked with his father Robert on many real estate ventures since a very young age. He has also held positions in the real estate and banking industry prior to the formation of Connecticut Realty Trust.